Feature pages are design documents that developers have created while collaborating on oVirt.

Most of them are outdated, but provide historical design context.

They are not user documentation and should not be treated as such.

The Command Coordinator was refactored to separate responsibilities of its components and to support command flows and events, based on command-coordinator.

In addition, there are several mechanism within ovirt-engine to achieve the same result, i.e. SEAT and Command Coordinator. SEAT was a mid-term solution and once Command Coordinator is introduced, it should be deprecated and removed.

The purpose of the refactor was to separate responsibilities of its components, prevent cyclic dependencies and to easily support adding more metadata which might be required by the commands and their callbacks, i.e. events.

The definition of a flow is determined by the command, by implementing the SerialChildExecutingCommand interface which defines the next operation to perform by:

The command which implements this interface will define the next step of its execution. The action will be triggered by the commands callback (SerialChildExecutingCommand). The invoked actions via performNextOperation() can be either commands, commands with callbacks or tasks or other execution pieces. The orchestration of the flow will be done inside the command, and its progress will be monitored by command coordinator, which upon its child completion will determine if it should be continued or canceled.

The following sequence diagram describes the components and their interaction in executing a command’s flow:

The following diagram describes the supported flows, which might be a combination of a serial and concurrent commands invocation: 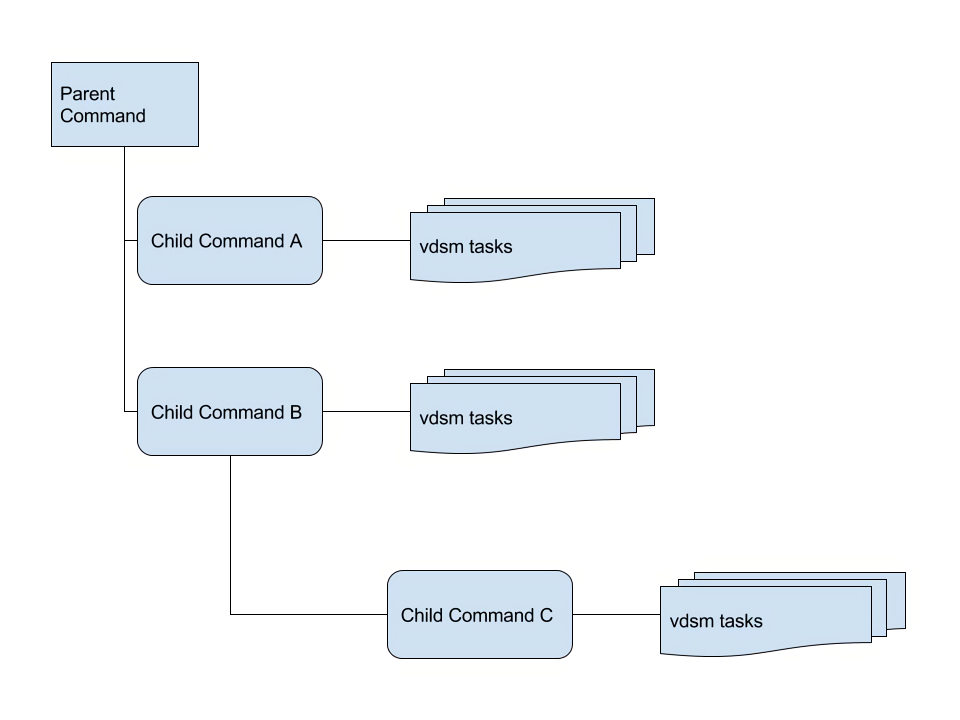 Command should be able to register for an event. The registration is done from the command’s execution block. Registering the command to the event will be done prior to invoking the action which will trigger the event: The subscribed event will be processed asynchronously, hence it would be advisable to register prior to creating the trigger for the event. CommandCoordinatorUtil.subscribe() is the entry point for command-coordinator registration for events. CommandCoordinatorImpl.processEvent() will handle the received the events, and upon arrival of an event, it will invoke the CommandCallback.onEvent().

The event should be identified by a unique-id, i.e.: Registering for a ‘create disk’ event will be by sending the event-subscriber id: *|storage|create_disk|UUID_of_disk

With sequential flow, more complex scenarios could be developed. Supporting events in command coordinator is a better alternative for polling the callbacks, as it allows an immediate response for the event which the callback depends on.